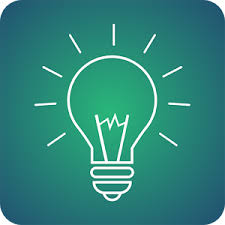 We created this article for a bit of fun - to outline some interesting, and often forgotten facts about online poker. Lets start with one that has been debated to death in the poker forums - online poker is NOT the same as online gambling, contrary to belief. Yes, there is an element of luck, however the top players in the world get results time and time again, which wouldn't be the case if they were just gambling. There is an argument to be made the other way (and often is). As the fall of cards is random, you are gambling that the cards fall your way by placing a bet on the likelihood of certain scenarios occurring - you see it's not black and white by any means. In addition, people do argue that the rake that is taken in a cash game or entry fee to a tournament acts like the edge for the house. That's to say that if you played 10 heads up matches and won 5, you would have lost money and the house would be the only winner. I'm not sure i completely agree. Poker is a game of skill and unlike a game of roulette, for instance, which is complete luck - good poker players generally rise to the top.

Our next fact is that most players are not good players and lose online in the long run either because they lack the skill or don't spend enough time to learn how to play the game to a profitable level. This is not meant to put you off. Lots of people win and win big but for every winner there are 10 that don't. It takes time to hone your skills and improve to a level that turns profitable. To play winning poker, you need to play a winning game. This doesn't come if you are playing too many hands, ignoring positional advantage and not exploiting the weaknesses of your opponents. Sadly, this takes time to master. Take the game in your stride and learn how to play the basics of poker before taking any amount of unnecessary risk. Most people lose early on as they are impatient and too eager to get into the action. It's this reason that the casual poker enthusiast routinely falls victim to the genuinely skilled (educated) and dedicated poker players. We have a large number of professional poker guides which you can call upon to help build your game. 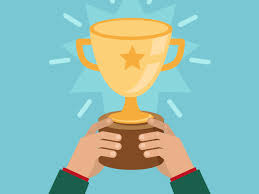 We have touched on this already. All online sites charge you to play on their site by way of rake and tournament fees. The rake is a small percentage that goes to the house out of the total amount bet in any one hand in a cash game. This amount needs to be considered when working our how profitable you are. It's an overhead that can't be avoided.

Most players will experience some level of variance (win some lose some) however it is important to recognise when the bank balance is telling you to wake up. If you are losing, you need to make changes to your game. If you play 10 tennis matches and lose them all - you wouldn't walk away thinking you didn't need to improve. Why would it be any different here? Many players mask their losses by the occasional wins that they have. The bottom line is this. If you end up with a negative number, you need to improve. When loses start to become a common factor, even the occasional big win cannot overshadow the statistical facts and the story your bank statements tell. It is easy to blame everyone else for losses. Either everyone is a fish and are making bad plays or the poker rooms are rigged. Lets clear this up. Bad players (fish) are what makes the game so profitable at times. People making bad plays all the time should increase your profitability. If it isn't, there's a problem that needs addressed. People lose money as they fail to make the necessary strategic adjustments required to play winning poker on the internet. It's that simple. And are rooms rigged? Well no-one really knows but why would they? It doesn't matter to them who wins - only that people play. Why risk the business rigging the games?

Adjusting to the online game and surrendering your reliance on certain skills you may have whilst playing live games will be key. One of these skills will be any abilities you have to read opponents. You will have to become far more reliant on statistical data that is available along with more subtle tells which are common in the virtual playground.

Another couple of guides that are worth a read are our tips to playing winning poker and guide on how to making money playing online poker.

Our next fact is that it is extremely hard to play your best game online. When you play in a live game you are emotionally and behaviorally prepared. You put on your poker face and begin to amass information about your opponents and work out what players are doing. There is so much information that you will receive from players, particularly over a sustained period of time. All this goes out the window online. You can't see how players play with their chips. How they bet. You won't see players faces and hear voices or welcome the sight of an opponents trembling voice when you ask him a question. You have your computer screen and whilst you still get visual and audio cues, these cues are representational cues and are not real. It's a different beast and one that takes time to acclimatize to.

The Need for Speed

Next is that everything happens a lot quicker online. Logging on and being seated at a table is super fast with the internet. Everything will happen faster. In a live game, when you take a bad beat you may have a couple of minutes for the dealer to shuffle and then re-deal and this is welcome time for you to compose yourself and prepare for the next hand. Online, you will be facing another important decision almost immediately and it becomes much easier to let one bad decision compound another.

This increased pace will mean the blinds come round more quickly and at times fast play can result in an unbelievably fast game where you will face one difficult decision after another. Bear in mind that fast play amplifies mistakes as you have less time to come to make the correct decision. This isn't made any easier when you are reeling from the previous hand. On the flip side, your strengths will also be magnified.

Ok here's a few other unknown facts which you might be surprised to read:

2 - The country that has the most online players is Russia.

3 - It is estimated that there are some 75 million poker players worldwide and this number is growing.

7 - Doyle Brunson used to sell office equipment - this was his only job before his rise to fame in the poker world.

8 - Another one for the legend that is Doyle Brunson - he won't play AQ. If he is dealt it, he will fold it.

9 - The influence of the French brought about the following: Spades were to represent Royalty, Diamonds represented Merchants, Clubs the peasants and hearts the clergy.

10 - Casinos in Las Vegas don't have to pay their debts, by law!