Who is the Poker Pro who robber Sam Trickett (of Titan Poker)?

It was only a year ago that there were reports that poker pro Sam Trickett had been the attempt of malicious activity. It appears that this time he has been targeted again, only a little closer to home. Twitter reports suggest a 'close' friend of Sam has stolen money from him and has now done a runner.

At this time it seems we will have to wait for SAM to reveal who the culprit is. You can follow him on his twitter account, as he has stated that if the individual does not get in touch soon, he will be revealing who it is.

Here is the recent tweet made by Sam on this: 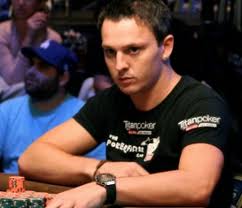 He then went on to win the Deepstack Vilamoura event and took down €139,680. He then followed this up with a win in the PartyPoker World Open winning $200,000 only two weeks later! Sam plays at Titan Poker and is regularly playing at the tables.

If you fancy playing with Sam and taking some of his money in a more legitamate manner, join Titan Poker and find him at the tables. All Top15Poker.com visitors are entitled to a $2,000 welcome bonus and $10,000 in free tournament entries (Freerolls).