There are a few different schools of thought regarding the licensing for online poker ops that has been made legal in the US state of Nevada. While some pundits say that intrastate virtual poker will not provide sufficient liquidity to make this a viable business, others look at the prospect as just being a foot in the door. 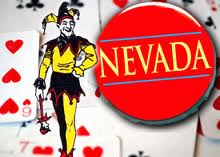 In other words, become licensed to operate, then, if, and, or when legalization goes Federal, they will have proved their mettle for Nation-wide licensing, as being a reliable provider.

This infant industry in the USA – in particular in Nevada – is restricted to online poker, which narrows the market down even further, and while intrastate gambling online, defeats the objective of business over the Internet, operators who are keen to apply for licensing in the state, don't see things this way. A number of online poker licenses have been issued to the larger concerns, and South Point was the first to receive theirs. This also led them to believe that they would be the first company to go live online. However, this was not to be, as being first they have come upon a number of regulatory stumbling blocks that they perhaps might not have initially anticipated.

In the meantime MGM have partnered with Bwin.Party from Europe, and have also been issued with a license to offer poker online. Bwin party, who own and operate Party Poker, have still to be issued with a Nevada operating license, and at this point it's interesting to note that Jim Ryan (co-CEO bwin.party) who brokered the deal, is actually leaving the company. This is rather odd in light of the fact that he has been itching to get Party Poker back into the USA.

Despite the fact that the wheels of regulation are turning slowly in the Silver State, this has not stopped other live poker operators from getting in on the scene. Judging by a recent commentary - both Hard Rock Hotel and Casino, and Treasure Island have joined the queue and put in license applications.

Back to Poker news.