If you shop around, you'll see 888Poker at the top end of every respectable rankings, and rightly so. Traditionally the 888 brand (which sits under 888 Holdings Group) is more synonymous with casinos and gaming but they have made big inroads into the poker market and are one of the most improved operators in 2021.

888Poker emerged on the scene in 2010 however they partnered up with Pacific Poker in 2002. Back then they proclaimed to be the largest online casino, Casino-on-Net. Pacific Poker and Casino-on-Net rebranded to 888.com in 2010, which then saw the emergence of all the sub brand naming conventions such as 888casino, 888bingo, 888sports, 888games and of course 888Poker - all of which you will see heavily marketed today.

What i like about 888Poker is that they have not tried to take on PokerStars. If you are a tournament animal and like rubbing skin with the biggest names in the game, then this probably isn't the right for you. 888Poker does a lot of cross promotional branding which means they attract a large number of casino players into the poker den. It's no surprise that view flop percentages can be seen way above average, which means great earning potential.

888Poker still has a great variety in tournaments but the real money in my view sits with the cash games. If you're a cash games grinder at the low to mid stakes, these games are littered with low quality players. On the tournament front, the weekend action is right up there and there are a ton of big tournaments throughout the weekends. It might not have the size and scale to compete with PokerStars but on the positive side of things, there are less tournament sharks at the tables.

The site has appeal and comes with impressive graphics and a highly stable platform. The software itself has a ton a great features including an much improved search function and site layout, 3D-avatars and improved multi-tabling abilities which allow you to tile and cascaded you tables. You'll also find a ton of beginner tables, a quick seat function and a function designed to allow you to play with friends. This is all on top of the fully integrated casino if you want to mix things up.

New Players will receive  £20 worth bonus (granted in USD at equivalent value of USD 25 in accordance with the Exchange Rate as defined in the User Agreement referenced above) that will be given as Tournament Tickets, according to the following allocation: 50 tickets of $0.1buy-in and 20 tickets of $1 buy-ins.There is also an $88 bonus up for grabs. You do get $1 of immediate unrestricted cash and 14 $.50 tournament credits to do with whatever you’d like. The other $80 is given as a pending bonus, which will be earned as you play. T&C's do apply.

Some of the loosest play around with Often VF% 70+

Fully Integrated Casino as part of the client

No Draw Games Available at present 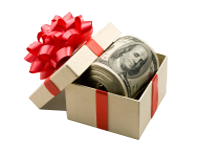 How to Play Poker - The Basics

Read this no-nonsense guide on how to play poker - covering the basics and game play. Perfect for those starting out!

Maximise your ROI in Sit'N'Go's

Guide on Playing Sit'N'Go Tournaments to maximise your return on investment (ROI).

Poker Tips from the Pros

A collection of tips that is sure to keep you on the right side of the profit line, if executed correctly.

Getting that King Size Bonus

We have a huge collection of poker bonuses to suit players at all levels boost their bankroll when they sign up.

I need a site that has a mobile client! We compare all the poker rooms offering a mobile option.