Anaconda is one of the fun draw variants with ties to 7 card stud. The game goes by many different names including 'Screw Your Neighbor', 'F@ck your Neighbor', '3-2-1 Anaconda' and '3-2-1 Left'. The aim of the game is largely to sabotage your partners hands whilst offloading cards to improve your hand. Whilst a variation of 7 Stud, there are some fundamental differences. About the only similarity is that you still get 7 cards, albeit, there's even a difference there. The first main difference is in Anaconda, all players are dealt seven cards face down (as opposed to some cards being dealt face up). There is however a less common variation of this game in which players get dealt 6 down cards. 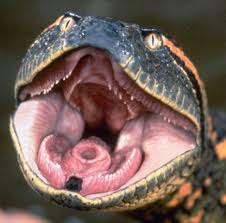 To start the game, there is a round of betting after the initial deal with all players passing three cards to the player on their immediate left. As in any game, the concept of poker doesn't change in that to stay in the hand, a player must call any bet made (match it). If there is no bet made by any player, a player can check, fold or raise.

The three cards should be selected by each player (so you get to choose from the player on your right). No players get to see their new three cards until everyone has made a play. Once all players have acted and have added their new 3 cards to their hand, there is a second round of betting. Each player must then pass two further cards of their choice to the player on their left. As with the first round, they should be placed on the table and only collected once all players have acted. There is now a third round of betting. All players now pass one final card to the player on their left

All players should now keep the five best cards and throw away the other two making the best five card poker hand available. There is one final betting round before cards are turned at showdown the winner is the player with the best hand.

This game is generally played hi-lo and like other hi-lo variations, the high and low hand split the pot. A reason that the Hi-Low variations are not as popular as their No-Limit counterpart is simply that there is more earning potential in the No-Limit games (players don't like splitting their winnings) - although it is infinitely easier to go bust!

To date there is no online poker room that offers an online version of this game however, this may be a contender for inclusion at some stage in the future.

Next steps : Check out the games that are available online.

Summary of Differences from 7 Card Stud

1) Unlike 7 card stud, seven cards are dealt face down followed by round of betting.

2) In 7 Card Stud, no cards are passed to other players.

4) It's sometimes played that at showdown, players reveal their cards one at a time until all cards are exposed. This isn't the case in 7 Card Stud.