One of the most important concepts in Texas Holdem (or any poker game) is your Holdem starting hands. In many regards, this can be the single most important differential between players that are good, and those that aren't. First and foremost you need to understand what hands are possible, as well as what hands to play, after all, your primary aim is to make the best 5 card poker hand. If you need a refresh, visit our ranking of poker hands. Thee rankings are the same for most games but knowing the rankings is starting points 1 - making errors as you haven't learnt what beats what would not be good!. 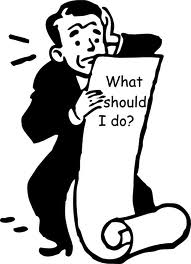 There are a few variants that have a slightly different order. For the purposes of this guide, we will focus on Hold'em. In any case, it's far easier to learn variations once you have the standard ranking of hands mastered.

Understanding what starting hands to get involved in is key to your success (or failure). Every player will have starting hand requirements, which will be a range of cards that the player is willing to play. If we take Hold'em as an example, there are two hole cards dealt in any one hand of poker. All things being equal, you would decide which cards you are willing to play and go from there. Unfortunately all things are not equal. Relative to the dealer button, your position at the table is important and is a forever changing factor (see more on the importance of table position in poker). These starting requirements are said to be a players 'range'. In short, the earlier you are in relation to the dealer button, the stronger the hand you would need to play. An A10 from early position is not a great hand. Watching the table fold round to you in late position, with the same hand, is a much stronger proposition. Suppose you see a raise and a re-raise before the action moves onto you. Do you still think your A10 is good? No, and the correct move is to fold as you are very likely behind. Those in late position have the advantage of seeing what all other players will do before they play. This advantage cannot be underestimated.

So how does this affect your starting hand range? If you are less skilled in poker, it is advisable to stick to good starting hands and to try to avoid playing anything but premium hands from early or middle position. Of course you don't want to be that transparent so you need to mix it up a little. If you only every play one of the top 6 hands, you will never make any money (as players will recognize your range).

When to change my starting hand requirements?

This is another key concept. As we know, many things consistently change. It also depends whether you are playing a cash game or tournament. Blinds and antes don't increase in a cash game whereas they continue to get larger in tournaments. As a tournament progresses, waiting or premium hands will likely not be enough to make a good cash. You will need to expand your range to try to pick up the blinds. You will also need to be a little flexible on the hands you get involved with to control your table image. If you only play one way, it won't take players long to suss you out. That said, initially, having a hand range and sticking to it will avoid any unnecessary mistakes as a result of boredom or fear.

Changing gears is also important to keep players guessing. To do this you will need again to change the range of hands you get involved with. The trick is to only play at that gear until players are just about figuring you out, then you change again. You will know yourself how experienced you are. If just starting out, keep it simple. Know what hands you will play from early position, middle position and late and stick to it.

If you can't spot the fish at the table, it's you 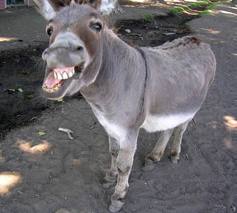 This is a very good saying and for me - it really sums it up nicely. For those that are not new to the game, there are a few truths that most good players know. For me, the most important is that if you can't spot the fish (bad player) at the table, it's more than likely you. Bad players, otherwise known as the Donkeys of the poker world, are notorious for playing too many hands, chasing down the two cards in the deck that they need and generally gifting their money away. That's what happens when you play every hand. As a test, next time you sit at the table, count over 10 hands and imagine you were to play your had on every hand. Count how many you would have won. It is likely only a couple at best. This just emphasizes the fact that you will miss on most flops so playing every hand seems a suicidal approach. You should be able to spot the players are the table soon enough that like t play most hands. They are your bread and butter..

There are many factors that may influence whether to play a hand or not. It is worth remembering that no two card combination is unbeatable so don't get married to your hand, no matter how good it is pre flop. If you think your beat, fold. Even two aces, which is the best possible starting hand is very easily beaten when the board is dealt. Treat it as a pair and you will be fine.

In any standard game of Hold'em there are 169 possible starting hands.

These are all cards that you should play as often as possible as they present the best chances to improve your financial health. The benefit of playing premium hands is that, often, you don't have to improve to win. If you were a racing car driver, you would choose a Ferrari over a Subaru, why, as it would give you the best chance of winning. These are also cards that you should definitely consider playing from early position, unless of course you think you can get in cheap.

Premium hands are considered to be: AA, KK, QQ, JJ, 1010, AK and AQ. If playing these pre-flop, you should be looking to raise it up. Just remember that you will become very transparent if that's all that you play. There are times however when you might look to fold a premium hand. You might be faced with pre flop aggression that will cost you your stack to call. You may be close to the money in a tournament or might be faced with a multi-way pot (which reduces your chances of winning considerably). To pout it into perspective, AA up against one other player, who lets say has KQ, is an 86% favorite. Up against 3 other players who hold KQ, 99 and 54 and your aces will hold up only 55% of the time. If you are playing a cash game, you might want to take the risk as you can bring more to the table. In a big tournament, there will be better spots than what is basically a coin flip. One mistake and your done.

I talk a lot about "getting in cheap". This is so important as it conserves the one thing keeping you in the game, your stack or bankroll. This is not the right strategy when you have a premium hand - you should look to be the aggressor.