How to Play Poker - For Beginners

In this guide we'll be looking at how to play poker and will assume that you are new to the game. Given it's the game that most players start learning, we will look at the game of Texas Hold'em, which really is the right place for any new player to the game. Texas Holdem is by far the most popular of all poker games and one which has taken the live circuit and online arena by storm. The game is considerably complex and there's a lot more to the game than will initially meet the eye. This is a dummies guide on how poker is played so we won't be focusing on some of the more complex elements which are important to be a winning player.

What you'll need to play a game

If you are playing online, you won't need much other than a good PC and a half decent internet connection. If you are looking to play live, here are the things you will need:

1) A standard deck of cards consisting of 52 cards

2) Units to bet with - this can be real money, chips which you assign a monetary value, matchsticks or any object you have enough of.

7) A clock to keep time for blind increases

Whilst there are lots of other little gadgets that you can get, for instance card protectors, if you cover the seven items above, you're good to go.

How to Play Texas Hold'em - The Basics 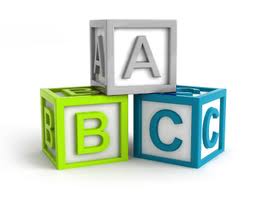 Ok, let's move to the basics of poker, again focusing on Texas Hold'em. Hold'em is a community card game, so named as there are shared cards (or community cards) that are used across all players in the game. Poker is in essence a game of last man standing, as if you are the last man standing in a hand, you win the pot (which is the objective!). There are two key ways you can win a hand of poker.

1) Get all other players to fold, so being the last man standing in the hand.

The overall objective of poker is to win money. Do do that, it's important to understand that you don't need the best hand to win. This is what makes the game so brilliant. If it was merely down to the cards and only the best hand won, there would be far less debate about whether poker is a game of skill or not. As it happens, there is an enormous amount of skill in the game and whilst the deal is random, player actions have a massive impact on the winner of a hand. Let's look at how the game is played.

A dealer button (or button) is used to determine the order of play. There are two main automatic bets used in a hand of poker, called the blinds. These are otherwise known as the big blind and the small blind. Their purpose is to ensure that there is always something in the pot to play for. Without these bets, there would be no incentive for players to get involved unless they had great hands. In determining the order of play, each players is usually dealt a card face up, highest card taking the button. The player to the immediate left of the dealer button would post the small blind and the player to his left (2 left of the dealer button) would post the big blind.

All players are then dealt two hole cards (one at a time moving clockwise) starting with the player to the left of the big blind. These are private cards and are dealt face down. Players will initially be looking at these cards to make a cal, on whether they want to get involved in the hand. As the big blind is the biggest amount posted so far, any player wishing to stay in the hand as 3 choices:

Choice 2 - Call the big blind - this could mean simply matching the amount posted as the big blind. Note if a player raised, a player acting after the initial raiser would have to call the bet made as a minimum to stay in the hand.

Once this initial round of betting is complete with players choosing one of the 3 actions above, the flop is dealt.

The flop is the first 3 of 5 community cards that is dealt face up in the center of the table. These cards will be used by all players in the hand. The objective is to make the best 5 card hand from the two hole cards and the 5 community cards that will be dealt (so using the best 5 out of 7 cards). Once the flop is dealt you will be basing the strength of your hand on your 2 private cards and the three on the board. It's very possible at this stage you could have made a winning hand or have made a good part of it. Either way, you will have an indication for how many cards could come to make you a winning hand. These cards are called 'outs' and play an important part in the decision making process on whether to commit more money to the pot. This is important as there is now another round of betting and again players must decide whether to check (not bet), call any raise, raise the previous bet or big blind or fold.

The turn card is the next singular card dealt to the board - there will now be 4 shared cards and players will now be making their best hand or part hand based on two in hand and the 4 on the board. There is now another round of betting and same as before, players can check (not bet), call any raise, raise the previous bet or big blind or fold.

The river card is the fifth and final community card dealt and once it's down, players will know the strength of their hand (as there are no more cards to come). There is one final round of betting, same as previous rounds, with the players left in the hand.

All players who are still in the hand (.i.e. did not fold in previous betting rounds) now turn over their cards with the player with the best 5 card hand winning the pot, which is all bets and blinds. See our ranking of hands in poker. Cards are then shuffled and a new game begins.

Other Considerations for Beginners

Now that we know the order of play, there are a couple of things that are worth touching on. Firstly, position is very important in poker. What this means is a players position in relation to the dealer button. If we think about it in a very logical way, the player who is last to act in a hand would have an advantage over the rest of the table as he would get to see what all players do before he made up his mind on what to do. The reverse is also true with the player under the gun or first to act being disadvantaged. This player has to make a decision without this additional information. This is the reason a players starting hand range is very important. That's to say what two cards a player will play from early, middle or late position. Players tend to play much stronger hands from early position whereas if the play folds round to them in late position, players will play a much more expansive range, and rightly so (there are less players to come that could have a hand to challenge the raise).

For more, see our guide on playing table position in poker.

This is an important part of the game and something that is essential to do when building a stack.Very often all players will fold their cards round to players in late position (furthest from the dealer button) and this provides players an opportunity to make a raise in an attempt to steal the blinds. Remember, earlier in the guide i stated that one of the ways to win a hand was to get other players to fold. In posting a raise, the remaining players might fold, thus rewarding the raising player the pot. This is an effective way to continue to build your stack, especially in the absence of good playable hands. At the same time, it's important to understand a little about the players you're playing against. Some players defend their blinds at all costs so it's advisable not to try to many steals with garbage hands against these players. Watching the table for a while will give you all the information you need to be able to spot these players, and also the weaker players who only defend when they have a big hand.

For another useful guide, visit Wikihow on how to play.

Where to play poker

This can be a little daunting when looking to play online. First and foremost, it's important to know that regardless of which poker room you choose to play at, you are not obligated to play for real money. Second to that, all the top poker sites we advertise have play money tables where you can practice for as long as you want. If you choose never to deposit any money, that's your call.

That said, the question of where to play poker is something that we specialize in. There are hundreds of sites to choose from but in our view our focus has always been on the top 15 - a number we believe delivers the all the most reputable sites that give you the best start to your game online. Check our our professional card room reviews.

We also have a large number of poker toplists in which we compare all the reputable poker sites for a wide range of features. US Players - check out our best poker sites available for US players.