A while back we reported that Pokerstars were one of many of the top online poker sites that were being threatened by new tax enforcements in Spain. The negotiations have been fairly intense over the past weeks however Pokerstars have finally aquired their Spanish license and as of yesterday, the new Spanish site (Pokerstars.es) is now open for business.

In an announcement made by the company yesterday.. 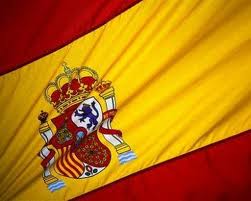 "Spain is a very important poker market and features some of the best players in the world," said Gino Appiotti, President of Licensed Markets - Spain, Italy and France, for PokerStars.  "As the most popular online poker site in the world, we are very happy to provide the best variety of games, the safest and most secure online play and our world-class software to the market."

Pokerstars were not the only ones to obtain a license. Other big name brands include Ladbrokes, Sportingbet, Bwin.party and 888.com.

What does this mean for Spanish Players?

Spain recently launched new gaming laws which prevent Spanish players playing with anyone but their fellow countrymen through licensed operators. In terms of the new Pokerstars site, it will only be open to Spanish players and whilst numbers will be considerably lower than the .eu or .com sites, it will be a step in the right direction, particularly given the number of quality players originating from Spain.

"Spain is home to some of the best poker players in the world," said Juan Manuel Pastor, a member of the Spanish Team PokerStars Pro. "I'm looking forward to playing on http://www.PokerStars.es and competing against players from across the country."

To find out what is going on at Pokerstars, visit our review or goto Pokerstars direct.