We write about most things poker however our focus is normally aimed at mainstream poker. As we well know by now, there are many ways that we can play poker on the internet. Considerably more than there was a decade ago. Putting aside the obvious way - which is playing at an online poker site, we wanted to take a look at Video Poker games that are offered via online casinos. How do these games stack up against mainstream poker? Are they fun? How much skill is required to play them?

To understand what we can expect to see, we have selected Jackpot online casino as the test case - selected as they are a hugely popular online casino that offer some of the best Video Poker games online.

Before we can answer the question as to whether Casino poker games deliver, we should understand a little background. Casino poker games that are not hosted in a dedicated poker platform are called Online Video Poker. These are a merger of two massively popular games. Online poker and Online Slots. On their own, these games are worth billions and are massively popular worldwide. 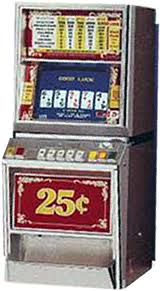 Whilst poker has been about for a long time it wasn't until as late as the 1990's that online poker became popular. The first hand of poker was dealt online in Planet Poker on 1st January 1998. Planet Poker did become very popular but was quickly overtaken in 1999 when a group of Canadians launched Paradise Poker, which soon became a kingpin of the online game. From there the game has grown from strength to strength and today, the numbers playing online is staggering. The number of games on offer over the last decade has also exploded and many players have moved about to try their hand at new games on offer.

One of these is Video Poker. Nevada Casinos was the first to put them on the floor of their casinos in the 1970s. The concept however was nothing new (Sittman and Pitt Company invented the first poker machine in 1891 !) - it had just taken until the 1970s for technology to get to a level that made it commercially viable to roll out on a big scale. Dale Electronics was the first to roll out the first video poker machines, named the 'Poker-Matic'. It made its way to just about every casino in Las Vegas at the time and whilst it wasn't an instant hit, it laid the imagination for what was to come.

By the mid 1970s, a distributor for the well known Bally's Gaming  struck a deal for a new and improved game with Fortune Coin Company  in Reno and formed SIRCOMA, which stood for Si Redd’s Coin Machines. This new game was 'Video Poker'. By the early 1980s, the game was a real hit across the many casinos in which it was installed. A big part of the popularity was driven by the simplicity of a player inserting coins to play rather than sit as a standard poker table (which had far more overheads to operate). Si Redd was to take his company public and would later rename the company International Gaming Technology or IGT. IGT were to become a huge player in the gaming technology sector. Today there are many different variations of Video Poker, many unique to the casino operator offering them.

The popularity of Video Poker in the decades that followed helped Video Slots gain more acceptance than they might otherwise have done, both of which are still massive hits to this day.

How Does Video Poker Compare to Online Poker?

Video poker is for sure a different poker experience. Online Video Poker is based on the rules of 5 Card Draw Poker. Online Casinos such as JackpotCity casino offer games such as the classic Jacks or Better, Aces and Faces and Double Double Bonus Poker. Head over there to check the impressive line up of variations on offer.

The rules do vary a little on each game but the basics remain based on the classic 5 card draw. The game starts with the player pressing the deal button. They are then given 5 cards by the machine. The player then has the option to exchange any one of the cards for another with the aim of making a winning hand, attributable to a certain pay out (as per the pay table). The visualisations and simplicity of the game combined with the possibility of winning big make it highly attractive.

Video poker games have also long been considered to offer a better return than slot machines. Furthermore, there is significantly more skill in Video Poker than online slots. It is common to see 70-90% returns on slot machines and 90-99% returns for video poker. Whilst these numbers look high, it is important to know that these percentages are based on players making the best mathematical decision on every hand. There is also the chance to win big sums of money on their jackpots. So whilst not online poker, you can see the attraction these games would have for poker players.

Does Video Poker require skill to play and win?

All video poker games are run using a Random Number Generator to ensure fairness. This means every card dealt is done electronically but randomly. This being said, it has long been argued as to the level of skill required to win at video poker. Unlike a traditional poker game that you might play against opponents, there are no betting rounds, no reading of players, no bluffs and no aggressive plays to steal pots. The skill in Video Poker comes in making the right decisions on which cards to exchange based on the cards that you have. There is definitely less skill than mainstream poker required to play but a skilled Video Poker player will reduce the house edge and will return more than a non-skilled player in the long run.