The positive attitude towards poker Downswings

When players start out in poker, they often don't pay enough notice of the fact that poker downswings will happen and there is no level of skill that can avoid this fact. 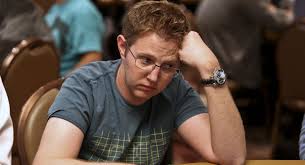 With any game that there is an element of luck, sometimes things go your way and other times not. In a perfect world, you would win a 50-50 flip half of the time. Maybe if you looked a data set large enough, this would slowly drop closer to the mark - but we don't live in a perfect world.

Winning runs and losing runs tend to come in waves. You will go through periods in which you can't lose a hand and are crushing the table, to the point no one wants to get involved in a hand with you. There will be other times where you know your aces will almost certainly be cracked. The good times are referred to as 'upswings' and the bad times 'downswings'. The truth is that there is no knowing how the cards will fall at the end of the day - the luck element.

How we base our decisions at the table we know is paramount if we are do make any real money. To make the best decisions, we need to be on our A-Game. This doesn't guarantee our success in any given session. Even the best players in the world play an almost perfect session of cards and lose - there is no avoiding downswings - there is only managing them.

Sometimes the stars are out of alignment and even the very best player can start to doubt themselves. Are we still as good as we thought we were? Have i lost my edge? What if i keep losing? How long do i continue to flog a dead horse?

Am i causing my bad run of cards?

Players often attribute downswings to their play, and they might be right, in part - but only in part. Downswings are attributable to variance for the most part - this is the part out with your control. Get your money in with the best of it, and hope they hold up. Can a player make things worse through bad play - well hell yeah. Getting stung with beat after beat for a session would throw even the best player off his game. The net effect is often that we would play a little worse than we would normally, which amplifies the bad run and causes it to last even longer. Suddenly the situation has got worse than it otherwise would have done if we had been unaffected by the initial run of bad cards.

So the key then is to ignore the bad runs and make sure we play our A-game all the time?

If you can do that you are a better player than most! That said, the point itself takes us to an important place - which is dealing with failure at the tables and working hard to ensure we know how to deal with disappointment in a way that isn't to the detriment of our game - see this interesting  article on calming strategies. There is no reason we shouldn't be prepared for situations we know are going to come up, right? A good tennis player doesn't omit practicing his lob volley, hoping it won't be needed - he knows he will need it to be successful, so he practices and practices and he gets better. As a poker player, we can't control the cards that fall, so invariably, sometimes we will win and sometimes not - irrespective of how good our initial holding is. How well we manage these situations will define how good a player we will ultimately be.

There are many great names in history that truly believed that failure was the key to success. And there are a few that stand out:

"If you fell down yesterday, stand up today" - H.G. Wells

"You're not obligated to win, You're obligated to keep trying. To be the best you can do every day." - Jason Mraz

"The only real mistake is one that we learn nothing." - Henry Ford 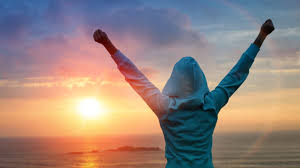 The list could go on and on - for more check these out.

It is really important that we don't directly blame downswings with our game - not in the first instance. Yes it can be caused by a shift in our mind set and certainly enhanced through bad play. It can sometimes be difficult to differentiate between bad play and bad luck - at least in the moment that it happens. Taking the time to understand whether we lose a session or two because the cards didn't fall our way or we played badly will set you apart - but this takes a little more analysis of what you are doing at the table. Playing our best cards and cards not falling our way is variance, and there's not much you can do about that. Playing a bad game on the other hand is something we can work on to understand what caused us to play that way - understand what triggered it and what we can do to stay on our game will make us a stronger player. The stronger the player, the better the win rate. It's not rocket science..

Going back over your session and looking to see where we made mistakes or didn't play in an optimal way can often lead us to do things differently - that's the same in any discipline and this is the positive mind set you need as a poker player. It might well be that there are patterns that emerge. It might be you are too aggressive or passive in certain spots. It might be that you are giving away tells in your play that could be better disguised. This next level analysis and learning is where take your play to the next level - remember there are many (many) other players that don't take the time for this important step and they will be a step behind you.

Every sporting team in the world do it. They watch back the game, analyse and see how they can learn and do things differently next time. The find the errors and try to eliminate them. They improve. And this is where you have an opportunity to remove the facets of your game that you are not working as well - your leaks - these are the spots you either don't make as much as you should, or you lose where you could have done something differently to get a better result. To do this, a positive mind is needed. If you melt down every time you hit a downswing, you will be unlikely to make much of an impact in the game, and that's a fact.

Learn, study, play - three words you will see regularly across the site - and rightly so - they are three steps that are essential to any poker players success.