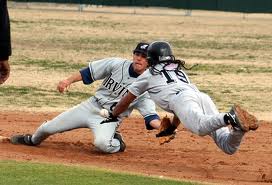 Baseball Poker is yet another popular variation of 7 card stud, with a twist. The twist being that all threes and nines are wild. In addition, if a four is dealt face up to a player, the recipient immediately receives another down card. The game's pretty wild and it's fair to say that standard hand values go right out the window with so many wild cards in play. It's a regular occurrence for what would normally be considered a 'monster hand' to be crushed as a result of wild cards - perhaps what makes this variation popular. It's fair to say that it's difficult to judge the strength of a hand at any one time.

The name comes from the American game. There are three strikes, 9 innings, and a walk after 4 balls.

In terms of the order of play and betting structure, check out our guide on how to play 7 Card Stud - it's pretty much he same game, except for the wild cards and the rule around the extra card being dealt when a four is dished out. There are a number of variations that exist, including paying for wild cards. Here are the common ones:

1) Face-up nines, threes, or both require the player receiving to pay for the cards to become wild. If the player decides not to pay they retain their face value.

2) Pay for face down wilds as well as face up ones.

3) Paying for the additional card when a four comes face up.

4) Face-up threes, nines, or both require the recipient to pay for them or fold.

5) Allowing someone with a face-down four to flip it face up and receive an additional card.

Whilst you won't find this particular game played online, you can play 7 Card Stud. See which games are available and how rooms stack up against each game.