If you missed our announcement at the beginning of the month, Pokerstars have doubled the value of their freerolls for their $100K Depositors Freerolls, through the 31 days of May. By Making a deposit today, you will automatically be rewarded with 8 x $1,000 Freeroll entries per day, each and every day, until the end of the month!

Full Tilt Poker were the first to launch the concept, called Rush Poker, and it has slowly caught on. Pokerstars have now launched their very own version of the lightning fast game, 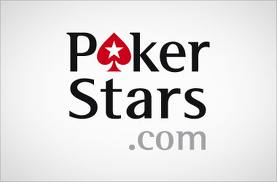 called Zoom Poker. The concept is simple. Get through more hands per hour, increase your win rate - no more waiting for hands! How it works is that you join a pool of players (up to 1500) and when you get dealt a hand, you can either play or fold. If you fold, you are instantly whisked away onto another table with new players and a brand new hand. The game allows players to see fresh hands every few seconds if they choose to fold.

Daniel Negraneau, when asked about Zoom Poker had this to say about the new game.

“Recreational players, who want more constant action, will be able to fold instantly and wait for better hands, while pro grinders will be able to get in hundreds of more hands an hour and win more. On top of all that, it’s just so much fun to play!”

Currently, there are only games available in No limit hold'em and Pot Limit Omaha however this is set to grow. To give you an indication on the scale of offering, there are a total of 21 groups of 1500 players that can exist at any one time, so can accommodate 31,500 players at any one time. Having checked during peak hours, we recorded 4,350 the first check and 5,344 on the second check, so numbers are healthy. The game is also available via mobile phone and Android, which was launched recently.

If you would like to get involved, create an account using this link and get started. New depositors will also be entitled to a $600 welcome bonus and qualification into one of the best VIP programs in the industry.