WSOP Round Up - Action Concluded until the fall

The 2013 WSOP competition at the Rio Hotel in Las Vegas has ended, though it will resume again in November with 9 players left in the action. The final nine players in the Main Even have been determined, but there will now be a four-month hiatus until the action resumes and the winner crowned. 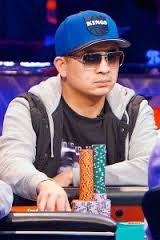 The players still left will collect at least $733,000, which is what the first player out in November will receive. The runner-up in the tournament will win more than $3.7 million and the winner will get the championship bracelet and more than $5.1 million.

The chip leader is well known poker pro J.C. Tran of California,. He has 38,000,000 chips, about 20% of all the chips in play. Tran is not only the chip leader, he is also the most accomplished player left in the tournament. He has won 2 WSOP bracelets in his career and has cashed in 44 past events at the World Series of Poker. His career earnings are over $8,000,000.

Two players from Europe are in 6th and 7h places. They are Sylvain Loosli of France and Michiel Brummelhuis from Holland. The two players with the small stacks are two American professionals, David Newhouse and Mark Benefield, who are both more than 30,000,000 chips behind Tran. 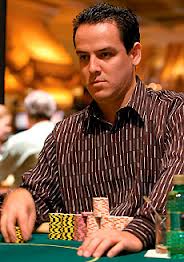 The player who finished tenth and just missed making the Main Event final table was Carlos Mortensen, who had won the tournament in 2001. On his last hand, Mortensen had the shortest stack with 5.2 million chips and he went all-in with a pair and a flush draw. But J.C. Tran beat him with a straight to increase his chip lead and end the tournament of the former champion. Mortensen's tenth place finish was still good enough to collect over $570,000.

Though the Main Event is clearly the most important tournament, it is just one of 62 events that ran at this year's World Series of Poker. The tournaments, which began in late May, included the very lucrative “One Drop High Roller” event .This tournament had an enormous entry fee of $111,111, with $11,111 of the buy-in going to specified charities. This event was held for the first time last year and had a $1,000,000 buy-in (also known as the Big Drop). The champion in 2012, Antonio Esfandieri, collected $18,000,000 which was the biggest every tournament win of all time. He was back in the tournament again this year and though he didn't win, he still finished fourth in the field of 166 and collected more than $1.4 Million.

The winner of the event was Anthony Gregg, a close friend and comrade of 2012's Main Event winner Greg Merson. For winning this year's One Drop tournament, Gregg, a 26 year old American, won more than $4.8 Million. 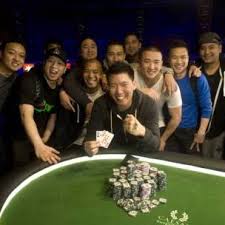 One other event which awarded the winner more than a million dollars was held for the first time this year. It was called the “Millionaire Maker” and it only had a buy-in of $1,500, but it had a rebuy feature for players who were eliminated on the first day. There were more than 6,300 players competing in the Millionaire Maker, which made it the largest field ever in a WSOP tournament other than a Main Event. The player who won, Benny Chen of Canada, was eliminated on the first day of the tournament but he made a rebuy to re-enter on Day 2. He ended up winning the first prize of $1.1 Million.

Among the other tournament winners at the 2013 WSOP were two of the most famous players in the world. Eric Lindgren won 'Event 32,” a No Limit Hold 'em tournament limited to just six-handed competition. Lindgren has dealt with major personal problems in recent times, but managed to defeat more than 500 opponents who had bought into the event for $5,000. It was his second career WSOP bracelet win. The runner-up in the tournament was another very accomplished and famous player, Lee Markholt. Lindgren collected more than $600,00 for his win, Markholt received approximately $375,000 for finishing second.

The other world famous player to win at the 2013 WSOP was Mike Matusow. Known-not necessarily affectionately-as “The Mouth” for his often raucous antics at the poker table, Matusow won his fourth WSOP bracelet in “Event 13” which was a Seven Card Stud Hi-Lo event. He beat a field of 210 to win a prize of $266,503. It was Matusow's second major poker victory in recent months, having won the “Heads-up National Championship” earlier in the year.