Hitting 'Trips' in a Hand of Poker

Trips is a hand that consists of three cards of the same value where two are on the board and only one is in hand. This is different from a set where the player would hold two cards of the same value, for instance a player would hit a set if their hole cards were 4-4 and the third 4 was dealt to the board (as shown below). This hand beats two pair and below and is beaten by a straight and above. 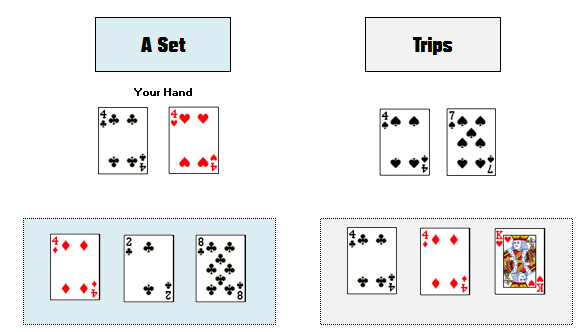 With trips, the kicker card becomes more important as it's more likely that another player could have hit trips also. This hand doesn't pay nearly as well as making a set as there is considerably less disguise on the hand..